"A profoundly important human document, haunting for all the right reasons, and must be read."

"Illustrates a truth we cannot ignore."

"A beautiful collection, a portrait of humour, resilience and endurance."

"Stories of defiance, of fight and of faith that a better country awaits us all."

"This is a book of revelation."

“What the eye does not see is what they don’t want you to see, or think over, or act on.”

Invisible Britain is a platform that will work with underrepresented individuals and communities to amplify their voices and help enable them to to tell their stories via a diverse range of creative projects. The platform will also run workshops on the creative arts, a mentorship scheme and provide practical support and advice regarding creative opportunities, as well as offering paid work placements on film and television productions.

Invisible Britain: Portraits of Hope and Resilience reveals untold stories from people who have been left out of the media narrative and left behind by government policy. Featuring the work of accomplished documentary photographers, the book presents people speaking in their own words to create a narrative showing how an unprecedented world of austerity, de-industrialisation and social upheaval is affecting us all.

"This book illustrates a truth we cannot ignore." Ken Loach

"A beautiful collection – not bleak – a portrait of humour, resilience and endurance." Kit de Waal

"Stories of defiance, of fight and of faith that a better country awaits us all." Aditya Chakrabortty

“A profoundly important human document, haunting for all the right reasons, and must be read.” Alan Moore 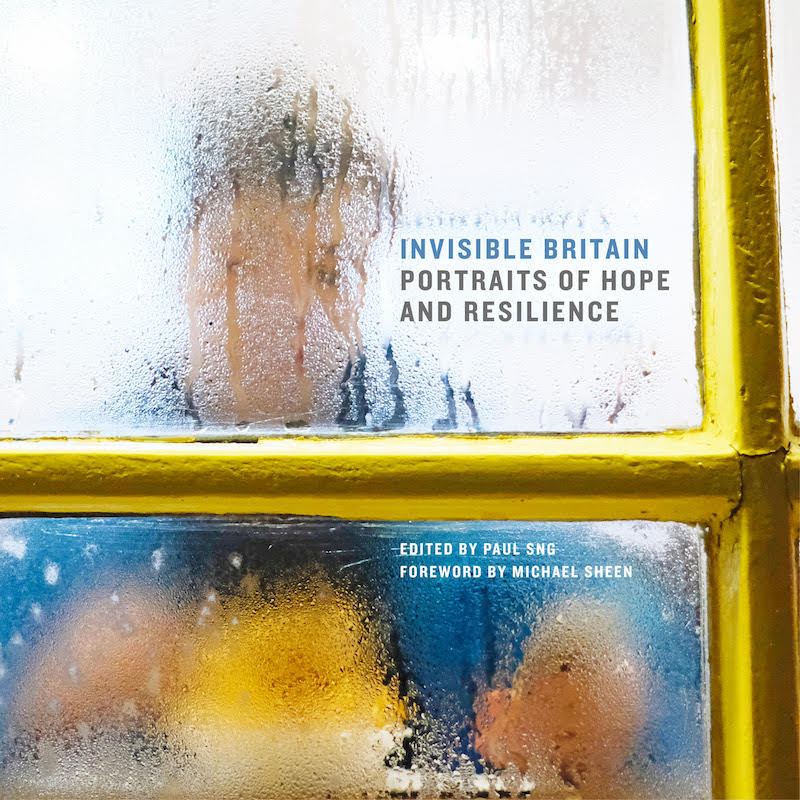 This Separated Isle is a forthcoming narrative photography book that follows on from the critically acclaimed Invisible Britain: Portraits of Hope and Resilience. Featuring stories and portraits of people from across the UK, it asks vital questions about the relationship between identity and nationhood to explore not only what divides us, but also the ties that bind us together as a nation — both in the past, and today.

In the UK and across the globe, the Covid-19 pandemic has made a seismic impact on society and how those within our communities who may be seen as ‘other’ are perceived. Yet even before this life-defining event, Brexit, the Windrush scandal, and rising levels of racial hate crimes all exposed bitter divisions in British society.

As we undergo the most turbulent period in modern times, This Separated Isle explores our concept of national identity via a diverse range of opinions and understandings about the meaning of ‘Britishness’. With a foreword by award-winning author Kit De Waal, the book combines direct testimonies with images shot by award-winning documentary photographers and emerging talents, to present a timely snapshot of modern Britain and a portrait of a nation where equality, diversity and inclusion are essential for a healthy society.

Sleaford Mods – Invisible Britain is a feature documentary that shows the most relevant and uncompromising British band in years sticking two fingers up to the zeitgeist and articulating the rage and desperation of those without a voice in austerity Britain. The film follows Sleaford Mods on a tour of the UK in the run up to the 2015 General Election, visiting the neglected, broken down and boarded up parts of the country that many would prefer to ignore. Part band doc, part look at the state of the nation, the documentary features individuals and communities attempting to find hope among the ruins, against a blistering soundtrack by Sleaford Mods.

"This documentary is a good thing, an insight into an 'actual' band, fucking about, working, no gloss, no bollocks. This is music." Jason Williamson

"If you're angry about the bullying ruling bastards and you give even half a toss, you have to watch this film." Maxine Peake

"A vital document of a vital band in vicious times, Invisible Britain makes you despair and rejoice in equal measure." Louder than war 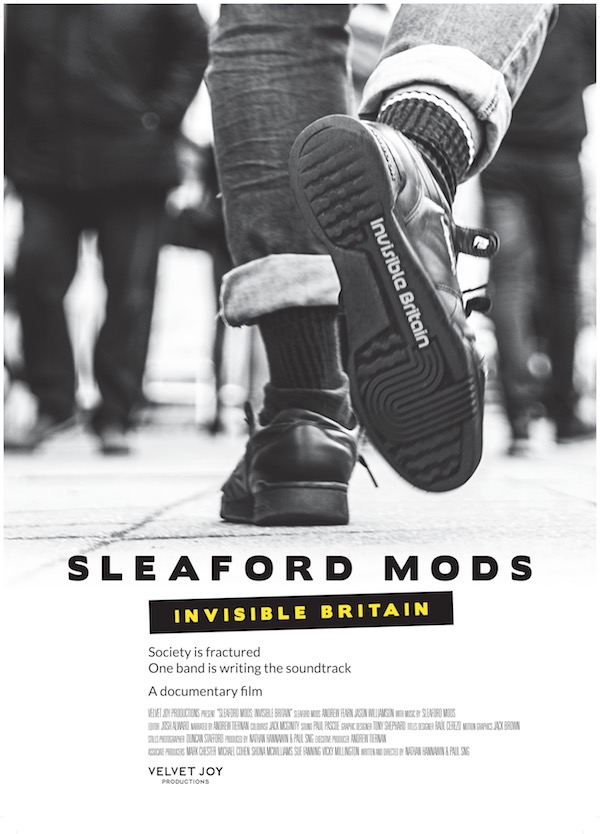